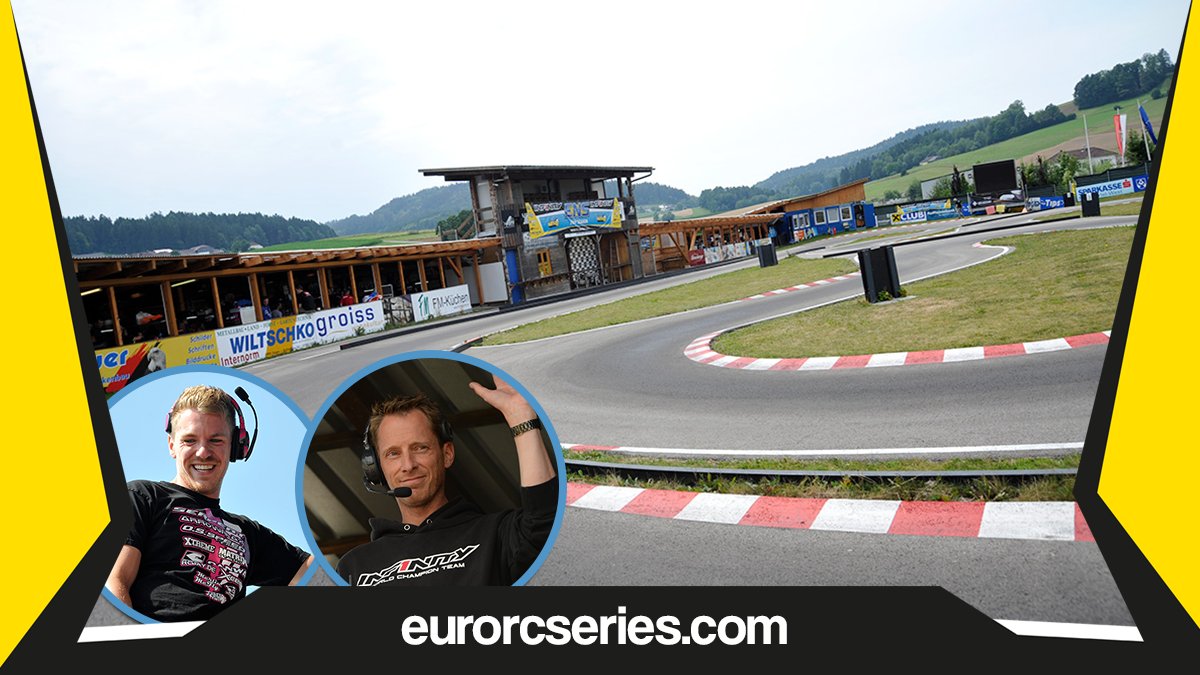 Whilst the 1:8 Scale Class has seen one driver dominate at MAV Aigen-Schlägl, with Simon Kurzbuch winning all except one of the ENS races held at the Austrian circuit (that being a very wet first event, where John Ermen took the victory), the 1:10 Scale class has seen a slightly more varied set of results. Teemu Leino is the most successful at the venue scoring three wins, with every other event won by a different driver. With Leino sadly unable to attend the 2020 ENS opener due to travel restrictions imposed by his native Finland, we spoke to two of the other winners at the Aigen track, Dominic Greiner (winner in 2014) and Jilles Groskamp (winner in 2018).

As in our chat with Simon Kurzbuch last week, both are keen to get back to racing conditions again. Greiner, the most successful ENS qualifier with 8 TQs across the championships history, commented that he was “happy that we can go back to racing! For sure it’s under difficult conditions, but I think we must live with that current situation at the moment”. Groskamp echoed those exact thoughts, saying that he’s “very excited to race again. It will be a little strange under different conditions, but overall it will be great to be back racing”.

Although tracks around Europe have been re-opening for the last month or so, the Dutch driver hasn’t had a chance to get back to actual racing yet: “I haven’t raced the 1:10 Scale Class at all this year yet. I have been just practicing and breaking in some engines a few times”. That contrasts with his German rival, who already has a couple of race events under his belt in 2020.

The ENS organisers have put a number of new rules and processes in place for the first event, in order to keep drivers, mechanics and officials safe. These seem similar to the restrictions and regulations put in place by many countries to allow RC races to get underway again in a safe manner. Greiner shared his thoughts on this element: “In my opinion, there’s no problem to make the races again now, when we all are looking to stay safe. With the face masks and distancing rules, this should be fine for us all”.

In terms of the competitive nature, both drivers are certainly keeping their focus on success this year. Groskamp clearly enjoys the Austrian venue where the 2020 season will start, saying, “In Aigen, I always have been competitive so I’m aiming for a good result. The competition in the 1:10 Scale Class is very high so I’m looking forward to compete and see where we standing with our car and engine performance”. Greiner has had a lot of success in the 1:10 Scale Class – however it is fair to say his luck in ENS has robbed him of so much more success. As he hunts for a first ENS title, he made a big change this year as he moves to the capricorn rc racing team: “My goal since a long time is an ENS title, the only title that is missing in my career. With a lot of bad luck in the past I hope that the new chapter gives me more luck, hopefully!” As the new season is about to get underway, Greiner is ready to see how his new package stacks up against the best in Europe: “I’m super happy with the performance of my new cars so far during practise, so I’m very motivated for this ENS season”.

The 2020 Euro Nitro Series season gets underway with Free Practice on Thursday (13 August), and we’ll bring you updates throughout the event here on our Facebook page.