Kurzbuch gets ENS title defense off to great start 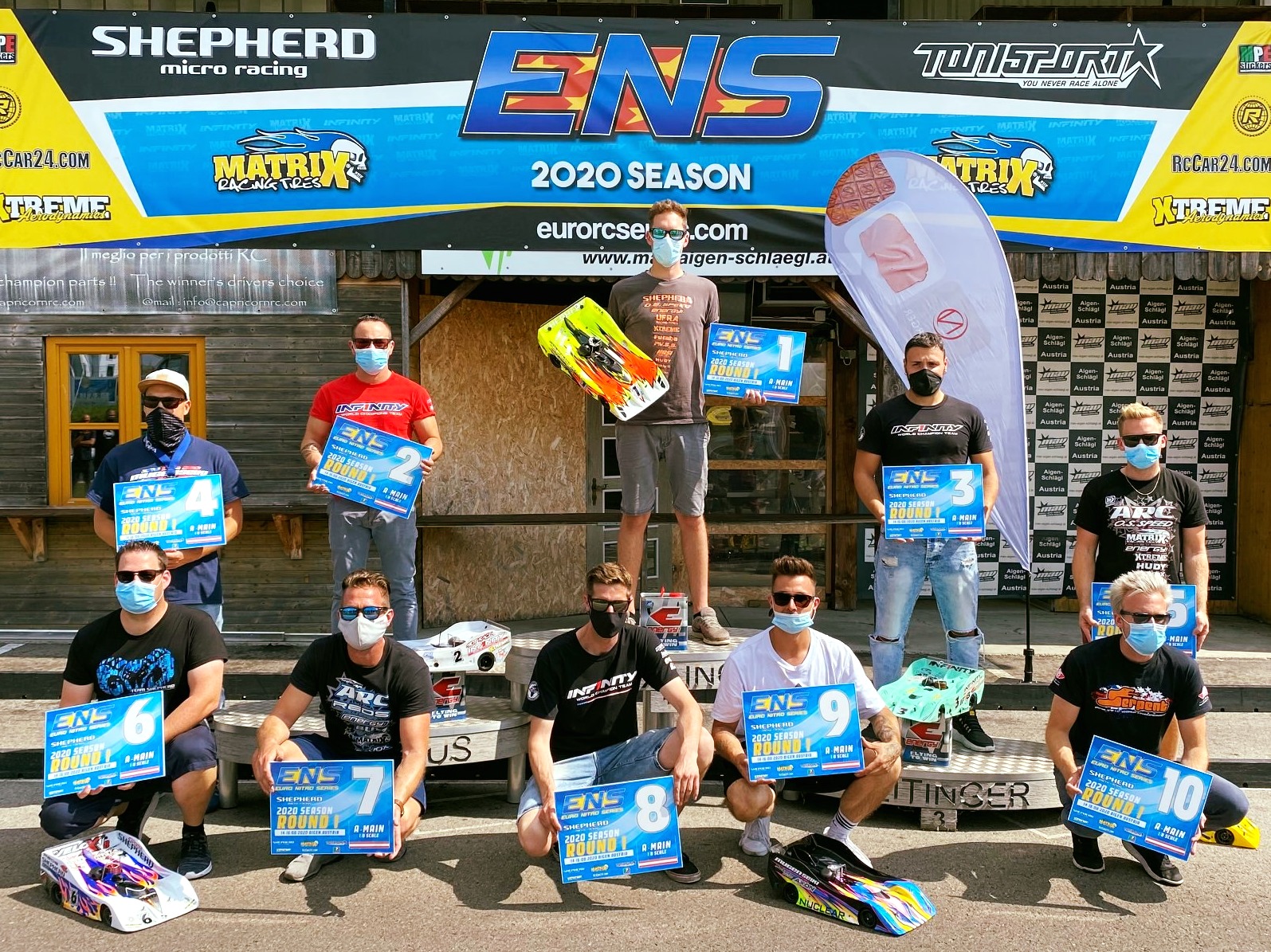 Simon Kurzbuch, the defending ENS champion, is celebrating today after taking home a maximum points haul from the first event. Held at the MAV Aigen-Schlägl circuit in Austria, the championship eventually getting started after the Coronavirus situation enforced a near-four month delay to the racing season, Kurzbuch and his Shepherd Micro Racing car started from pole position and initially came under pressure from long-time rival Dario Balestri.

With spectators anticipating third place starter Carmine Raiola to feature in the battle at the front, that challenge was short lived after a first corner bump saw Raiola drop to fifth, as Robert Pietsch and Silvio Hächler moved up a place each.

“It was a good race. I made two mistakes when I took a bit too much kerb, but the car was great and I’m of course very happy with the win” was how Kurzbuch described the three-quarter hour finale. After the challenge from Balestri over the opening few laps, the Swiss driver then slowly built a gap of a couple of seconds over Balestri in the first third of the race, until Balestri took an early two-tyre change. This change clearly didn’t suit the Italian’s car, as his lap times dropped by around half a second and he was passed by both Pietsch and a fast-recovering Raiola.

Balestri explained: “We made a mistake with the first tyre change. It was too much difference [in tyre sizes] left to right. You saw the car was not as good then”. When he later stopped to fit four fresh Matrix Racing Tires controlled tyres, his laptimes returned to the fast pace he was expecting, as his Creation Model Ltd. Inf1nityofficial IF18 circulated quicker than Kurzbuch later in the race. However, whilst he was able to reel in and pass both Raiola and Pietsch, the damage had been done and he was unable to get back on terms with his expected Championship rival.

The action in the race was largely focussed on the fight between Pietsch and Raiola. With both running almost identical fuel and tyre strategies, Raiola’s early issues had cost him time and it wasn’t until the second half of the race he was back on terms with the lead Mugen Seiki Racing designer. The two continued to run almost nose-to-tail, swapping positions occasionally during the fuel stops, until the end of the race when Raiola emerged on top, just two seconds ahead of Pietsch. Behind, Hachler wasn’t able to fully capitalise on his early position gain, and had to settle for fifth at the flag.