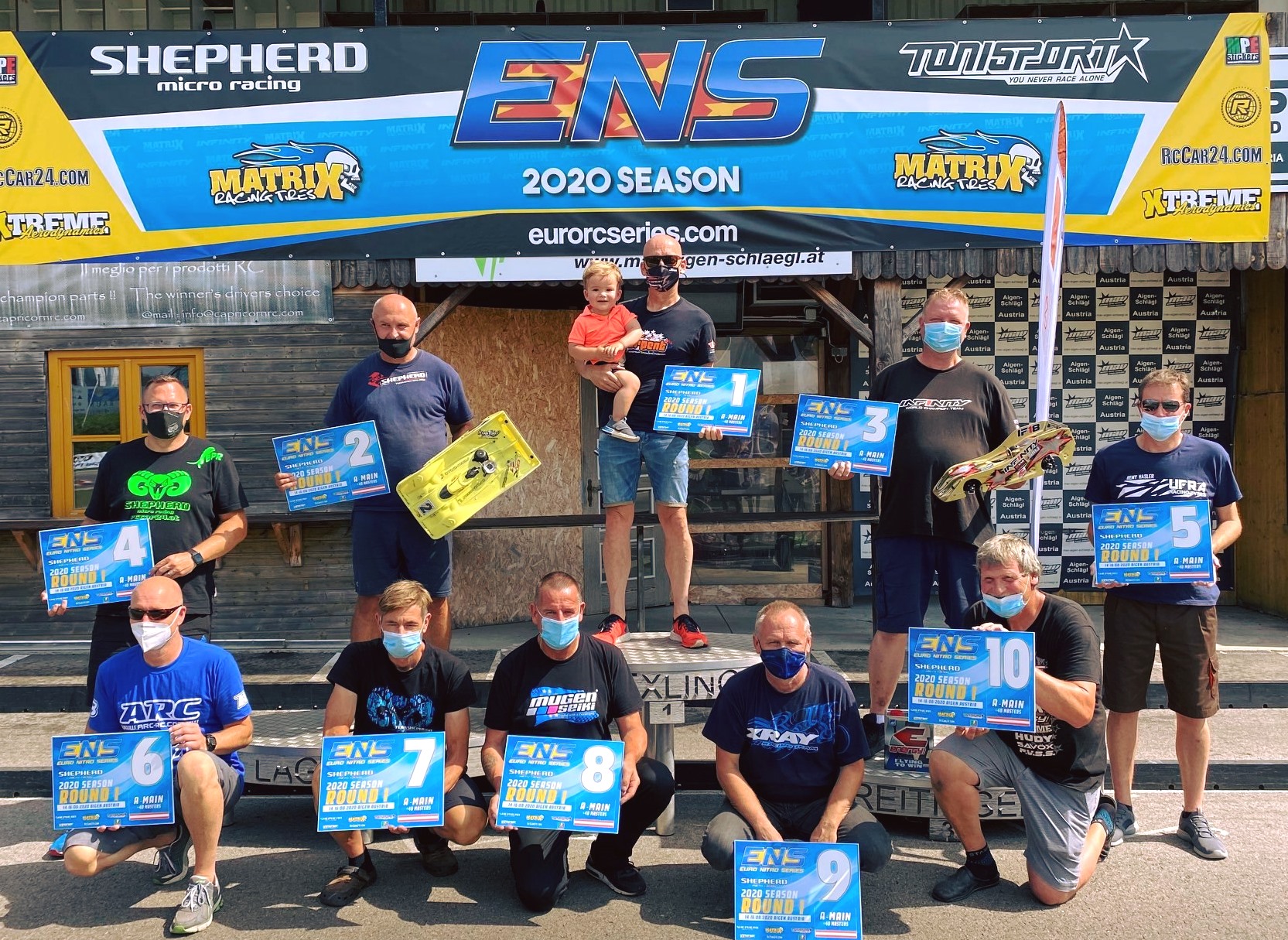 Michael Salven took the first overall win of the 2020 Euro Nitro Series, with a solid victory in the +40 Masters class. Leading the field from pole position, the Serpent designer quickly established a comfortable gap over the field. As the 30 minute final progressed, it became clear that the fight on track would be for second place, as Gerhard Kandelhart initially held off 2018 Champion Arie Manten, and last seasons runner-up, Andrea Hachler. The three traded positions around the technical MAV Aigen-Schlägl circuit, with the verdict eventually going to Hachler as the three crossed the line separated by just over two seconds at the end of the race. Out front, Salven was able to keep a solid rhythm, putting the whole field a lap down by the end of the run.

However, in post-race technical inspection, Hachler’s car was found to be underweight, demoting the Swiss driver to a tenth place finish, and meaning the podium would officially consist of Kandelhart and Manten.