After a break of over 10 months, the Euro Nitro Series kicks off its eighth full season this week in Austria.  The MAV Aigel-Schlägl hosts the race, the only track to have featured in every full season of the ENS’s 8-year history.

Elevation just one of the challenges

The track, which was completely resurfaced ahead of the 2017 event, has retained its layout since it was built in 2006.  The layout may appear simple, but being situated in the hills of the northern Austrian countryside, virtually every corner on the circuit features either an elevation change or banking.  Combining this with a main straight which runs uphill at a 5-degree angle, and the fact that the track is situated over 600m above sea level, the circuit created a unique challenge for the 90+ entries this week.

The majority of the corners are slow, tighter turns for the drivers to navigate.  The bright red and white kerbs demand respect – using just the right amount is crucial to setting the best times, but it’s a fine line between taking too much and risking rolling the car.  But the straight, sweeper and large teardrop turn require some serious horsepower, whilst getting out of the slower turns on the left hand side of the track needs the right gearing and tune on the nitro engines. 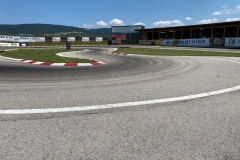 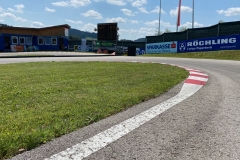 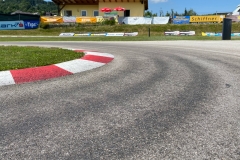 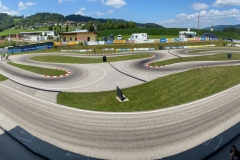 The MAV club have evolved the whole track and pits over the eight years the ENS has visited Aigen.  With permanent undercover pitting for 120 drivers, a well-stocked café providing the racers with drinks (important with the average forecast this weekend above 23 degrees!), the club also have a clubhouse behind the circuit which serves up fresh home-cooked Austrian food for lunch every day.  This year, the club have purchased some additional land next to the track, expanding the parking and camping areas.  Club President, Martin Mayrhofer, is always encouraging of drivers who want to visit the track for a race, practice or testing.  So if you’re not competing in the ENS this weekend, make sure you add MAV Aigen-Schlägl to your ‘bucket list’ and plan a visit!

The mood in the pits as everyone arrived on Thursday was one of excitement and happiness – at not only being able to race a major event again, but also in being able to meet friends that some hadn’t seen for nearly a year.  With good weather on the forecast for the weekend, it’s going to be a great weekend to celebrate getting back to racing! 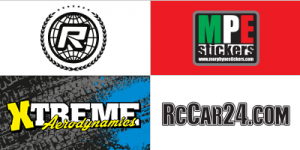