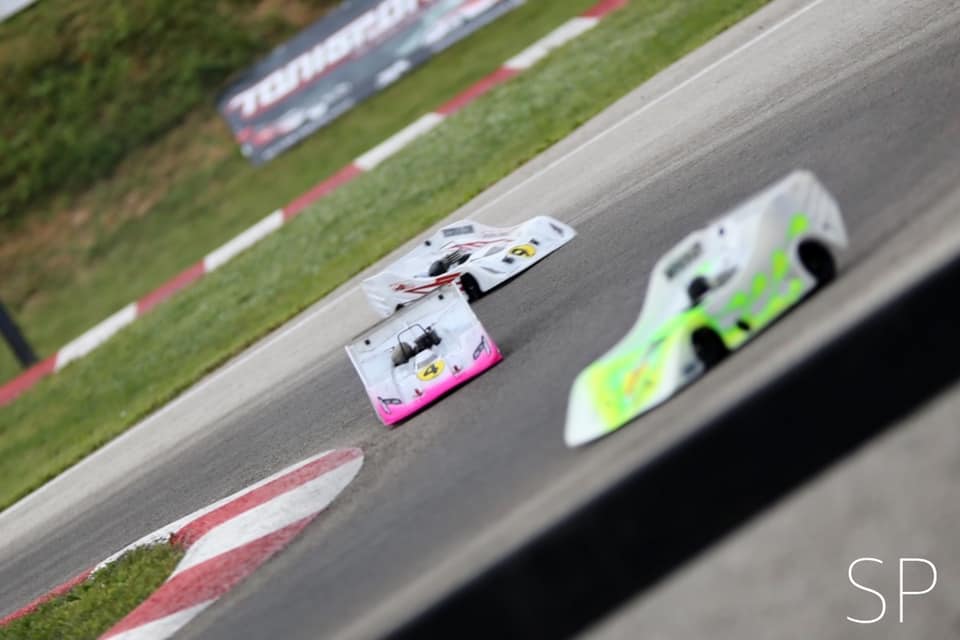 ENS gets back on track

After a break of nearly 10 months, it is finally time for the ENS to get back underway!  With just three races being held over the last two seasons, everyone is really excited to be able to return to international races and see all their friends in the ENS races again.

It hasn’t been since April 2019 that the ENS raced in Italy, and actually since September 2018 since we visited the amazing Fiorano circuit.  Recognised by all racers as one of the most perfect RC facilities in the world, the atmosphere at the Mini Autodromo Jody Scheckter is totally unique and always makes for a fantastic event.  Italy also feels like the home of nitro on-road racing too, with many teams and top drivers based there.  This always makes it a very competitive event and everyone really has to bring their “A-Game” to be competitive at Firoano.  Also, with the track being just a few hundred metres from the Ferrari F1 test track in Fiorano and the Ferrari F1 factory also nearby, it is a motorsport fan’s perfect weekend away!

With over 90 drivers on the entry list at the moment, everyone is keen to not only visit one of the best tracks in Europe, but also make the most of the famous Italian food and hospitality – both at the track and in the many Pizzeria and Ristorane nearby in the evening.  We always love going to Italy with the ENS and, after everything we have experienced in the last two years, Fiorano really is the perfect setting to being our 2022 season.

The top two drivers in 1/8 Scale through the last 5+ years have been Simon Kuzbuch and Dario Balestri.  We expect to see this fight continue in Fiorano; in fact, just a few weeks ago we saw this battle as the track hosted the Pepe Group Trophy race.  Looking back on ENS races at Fiorano, it has proved a happy hunting ground for Balestri, the Italian driver took the win, and the championship, at our last visit there in 2018.  But before then, Kuzbuch had taken three victories at the famous Italian circuit.

For sure, the Shepherd and Infinity teams will be hoping their lead drivers are going for the win, but with a very strong entry list, there could easily be others in the mix to make this job more complicated!  On the Shepherd side, Toni Gruber is one to watch.  Often able to match the pace of his team-mate Kurzbuch, the German driver took a podium finish in Aigen last season and showed a lot of speed in 2020 but was hit by a few mechanical troubles.  Infinity are fielding a very strong line-up in support of Balestri, with Carmine Raiola (3 podium finishes across 2019 and 2020), Lamberto Collari (multi time World Champion and 3x ENS winner) and Rick Vrielijnck (podium in Apeldoorn in 2020) likely to be the fastest in the team.

Alongside the big two teams, Capricorn will be hoping Dominic Greiner can find the form that took him to second place in Aigen in 2021, whilst Serpent’s hopes rest on Alessio Mazzeo who has shown a good amount of pace in recent regional races in Italy.  One other name we are pleased to see on the entry list and returning to the ENS is Mugen designer Robert Pietsch.  It will be interesting to see where he stacks up as he also continues development work on the Mugen platforms alongside his own racing!

Jilles Groskamp and Dominic Greiner have been the top drivers in 1/10 Scale over the last two seasons, but with Greiner now moving to the 1/8 Scale class full-time, the initial expectation would be that Groskamp can have a clear run to the title.  However, looking at the entry list this seems to be not so easy now!  Alongside the Infinity driver we see the return of two of his team-mates – Teemu Leino, a two-time ENS champion, and Francesco Tironi, always super fast in Fiorano and a three-time ENS podium finisher.  Also, Milan Holthuis had great results in the last two ENS seasons also with the Infinity chassis, so with the support from the team he should be in the mix too!  But we can also expect a strong challenge from the Capricorn team as well, with Melvin Diekmann likely to be their main contender after multiple podium finishes in the last seasons, and Quentin Leroux always with strong results in the long A-Finals.

The Masters class always creates close racing with friendly competition, but on top of this a very strong entry list gives us quite a few names to watch.  For sure, Michael Salven and his Serpent will be a factor, after he seemed the strongest in the class in 2020 and 2021.  Infinity’s Arie Manten, the first ENS Masters champion is also fast at the Fiorano track, and the 2019 Championship runner-up, Andrea Hachler, and local favourite Stefano Solaroli will also be expected to challenge for a top result.

Despite all the words above, what actually matters is the action on the track.  Practice gets underway on Thursday 12 May, with the Finals set to decide our first ENS 2022 winners on Sunday 15 May.  We look forward to seeing everyone in Italy this weekend!