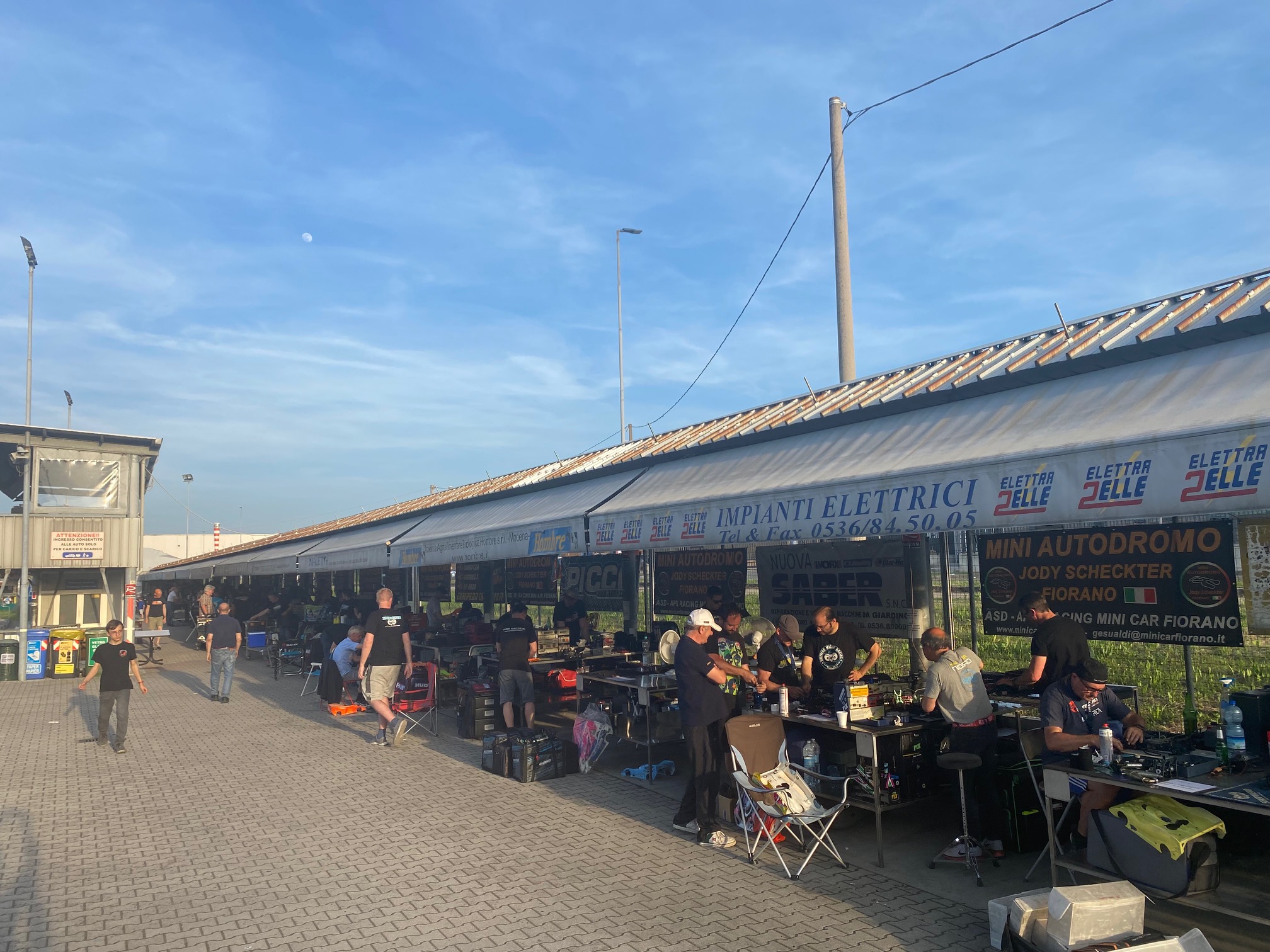 The two controlled practice rounds have taken place this afternoon in Fiorano, which now means the Qualifying heats have been set for the first ENS event of 2022.  With sunshine all day long and high track temperatures, the drivers had to make adjustments to their cars to cope with a very different grip level than they are used to at Fiorano.

Infinity’s Dario Balestri stamped his authority on the event, setting the fastest time in both rounds of the controlled practice.  With the second run taking place around 7pm, the sun was starting to set and the track temperature dropped, meaning virtually all the drivers in the class set significantly faster times in the later run.  Balestri explained that even though he had been at Fiorano for the last four races, the high temperatures made the track feel very different.

We have a good setup, but today I made changes because of the lower grip we have.  I tried some different springs and oils, but I am happy with my car now in these conditions.

Behind Balestri, his team-mate Lamberto Collari showed a big improvement in the second round to move up to second overall.  Collari was narrowly ahead of Capricorn’s Dominic Greiner, who in turn was just 6-thousandths of a second in front of the ENS’s winningest driver, Simon Kurzbuch and Silvio Hachler rounding out the top five today.

Jilles Groskamp set the fastest time in the 1/10 Scale class, but he was pushed hard by the Capricorn duo of Melvin Diekmann and Quentin Leroux, who ended up second and third, just one-tenth of a second behind over three laps.

The Dutch driver also commented on the hot weather and track conditions here in Fiorano:

Normally we come here for the ENS in October, when it is much cooler.  Today the track is hot which makes the cars slide a lot more.  We’ve changed quite a few things to help and we are ready for Qualifying.

Italy’s Jonatan Marchetti ended the day at the top of the timesheet with a good run in the second round of Controlled Practice as the track temperature dropped and the track got faster.  Lars Haugen put in the second quickest time, with Jurg Nydegger, who had been quickest in CP1, third at the end of the day.  The top five was rounded out by Remy Hasler and Angelo Fagnani.

Tomorrow will now see four rounds of Qualifying taking place for everyone, with their best two points scores counting to set the Finals.  The good weather still looks set to continue, so the organisers are happy to give everyone the maximum amount of track time and racing possible!  But first, it’s time for some wonderful Italian food and cold drinks for all the drivers and teams, as they want to also get a good nights sleep before a busy day of Qualifying tomorrow!