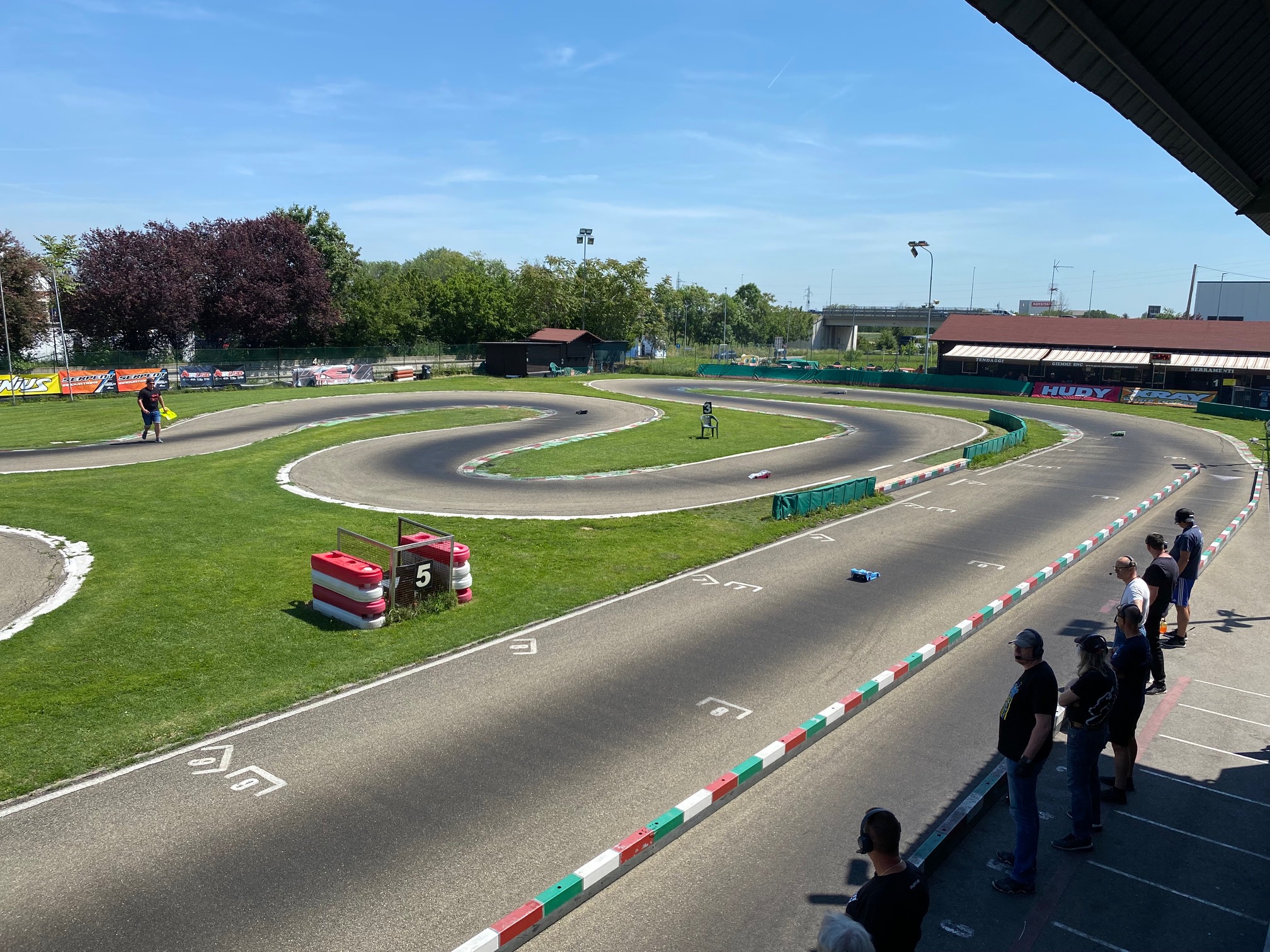 The first stop in our 2022 Euro Nitro Series is the Mini Autodromo Jody Scheckter, located in the famous “Ferrari F1 town” of Fiorano, Italy.  With the track just a few hundred metres from the Ferrari F1 test track, you can even hear the noise of the full-size cars if they are out testing at their home facility!

The track was built in 1996, and the layout has remained unchanged ever since.  As the facility quickly developed into one of the best in the world, the popularity of the facility comes not only from the track itself, but the huge pit area and facilities which sit alongside.  A fantastic restaurant is also packed with memorabilia from both the track and the Ferrari F1 team and provides home-made Italian food to all the racers and mechanics throughout the weekend.  Therefore, the drivers not only know this track well from the five times the ENS has previously visited, but also from the many large events the club host through the year as well.

In terms of the actual track itself, the layout initially looks easy until you try to find the last few tenths of a second in laptime!  Generally a high-traction track, the asphalt can also be abrasive, and with so many events taking place at the facility, drivers do need to see how the surface is during the practice rounds.  With a track length of just under 300 metres, lap times in the 1/8 Scale class can be sub-15 seconds, whereas in 1/10 Scale you’ll need to be heading towards 16.5 seconds per lap to challenge at the front.

In 1/8 Scale, Simon Kurzbuch leads the ENS statistics with three victories.  Alongside the Swiss driver, Lamberto Collari won on the ENS’s first visit here in 2014, whilst Dario Balestri took the top step last time here in 2018.

In 1/10 Scale, Dominic Greiner has the most wins, with three in the class.  Dario Balestri has one victory in 1/10 Scale too, with Alessio Mazzeo also with a win here in 2015.  But with these three names all now racing 1/8 Scale only at the ENS, it’s time to add a new name to the ENS Fiorano winners list.