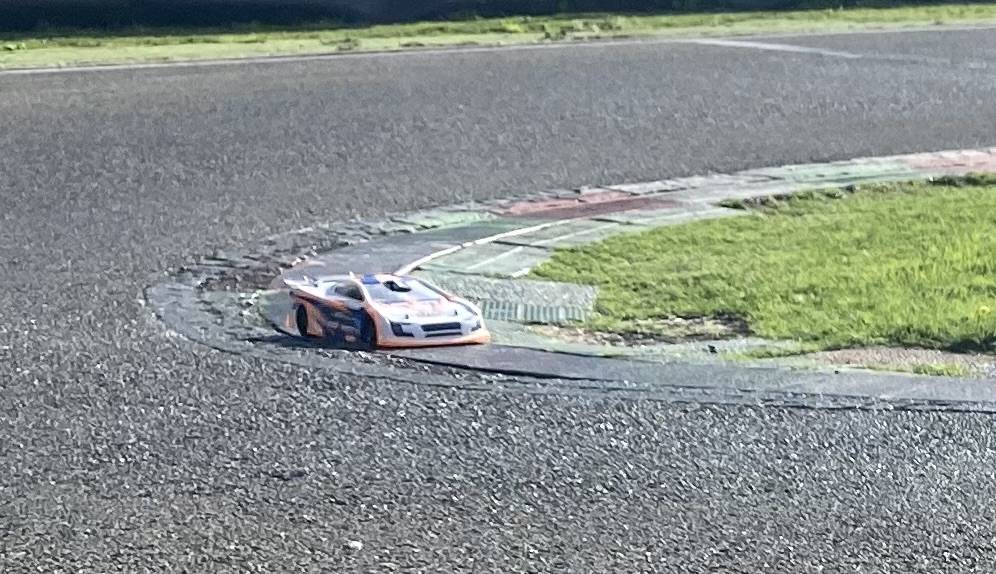 Qualifying took place under warm conditions here in Fiorano, as all the drivers went through the four rounds on Saturday.  With the high track temperatures continuing, it was a fight not only with the other racers, but keeping up with the changing traction levels.

Pre-race favourite Dario Balestri didn’t have the start he needed to qualifying, retiring after just three laps in the first round.  Explaining after Q1 that the receiver lead came unplugged, the issue was easily rectified and Balestri then showed this issue didn’t worry him as he set the best time in the remaining three rounds.

The car is working really good.  I won’t make any changes for the final, just refresh everything and be ready to go

Silvio Hachler benefitted from Dario’s Q1 issue to top the times early on, with the Swiss driver continuing his good pace to line up second on the grid.  Hachler is ahead of multi-time champion and fellow countryman Simon Kurzbuch, with Robert Pietsch and Dominic Greiner rounding out the top five on the grid.

Groskamp continues to lead in Italy

Jilles Groskamp has secured the overall Top Qualifier position in Fiorano for the 1/10 Scale class, with the Infinity driver topping three of the four rounds.  Setting the best time in the opening two rounds, the Dutch driver was in a positon to wrap things up early in Q3, but struggles with his car in the second half of the run allowed his team mate Francesco Tironi to take the round.  After getting back on pace to top the final round and secure pole position, Groskamp explained:

For Q4 we went back to the tyres from Q2 and the car was great again.  I’m very happy with the pace of the car and the gap I have now at the end

Looking to the finals, when asked about his tyre strategy, the Dutchman, known to try something different, just smiled at us with a suggestion of “wait and see”.

Tironi’s TQ time in Q3 will see him start second on the grid, whilst Melvin Diekmann ran close to Groskamp’s pace in Q1 and Q2, taking second each time, will start third overall.  The top five will be completed by ENS-returnee and former champion, Teemu Leino, and Diekmann’s Capricorn team mate Quentin Leroux.

The Masters class had some of the closest qualifying results.  Q1 went to Lars Haugen, Q2 to Jonatan Marchetti and Q3 to Jurg Nydegger, setting up a final round shoot-out for the top spot.  The times traded back and forth between these three, with it eventually falling the way of the Italian.  But the close qualifying should mean we have a very close final in store tomorrow!

Qualifying is always important, but perhaps less so in nitro racing.  With two drivers bumping up each time in all the finals, every driver has a chance to turn a bad qualifying result into an A Final appearance!  The finals always throw up some changing results – with qualifying being a four-minute sprint, the longer finals (20 minute lower finals, 30 minute +40 Masters A Final and 45 minute 1/10 and 1/8 Scale A Finals) bring in fuel strategy and tyre tactics too.  We look forward to some great finals here in Italy and close racing through the whole field.