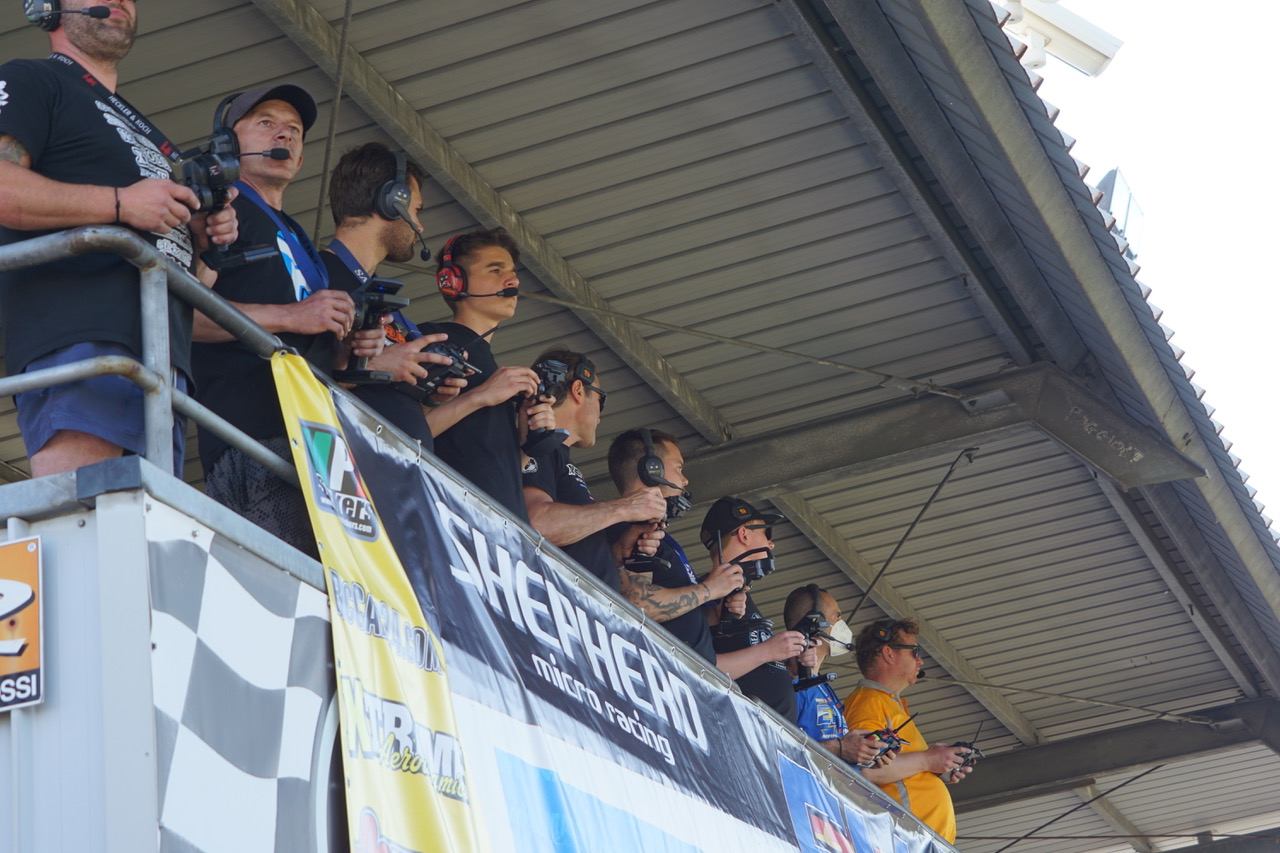 A return to Germany

The Ettlingen track in Germany has been a constant on the ENS calendar for many years, but sadly we were never able to make it there in 2020 or 2021.  With the ever-changing Coronavirus rules in Germany, it was just not possible to get an ENS race underway at the popular track.  However, we’re back there in 2022, and everyone is exciting to fire up the engines here once again!

A popular track, a unique surface

Marked as one of the best and most popular nitro on-road tracks in Germany, the event has already hosted five ENS events, as well as a number of European Championships, an ETS race, and multiple German National championships.  So it’s a track many drivers know well already!

The track layout is fast, with a long double-apex sweeper leading onto the back straight, with the pits located on the shorter front straight.  But it’s the track surface which gets the most discussion from drivers… the asphalt is a very fine grain, which makes the cars feel a bit different from other circuits.  In particular, drivers are often found looking to balance the increased steering this gives – so we can expect to see the more experienced drivers adapt quicker to the circuit.

The focus of the 1/8 Scale class will be on Simon Kurzbuch once again.  The winner of Round 1 of the 2022 season, Dario Balestri, is not on the entry list for Ettlingen, so we’ll see if Kurzbuch can add another win to his tally.  We hope to see Balestri and more of his Infinity team back later in the season as we had some really great racing from them in Fiorano.

It seems likely that Kurzbuch’s challenge could come from a trio of German drivers, Toni Gruber, Merlin Depta and Dominic Greiner.  These drivers have had some great results in Ettlingen before, Gruber with a second and a third place finish, and Depta also with a third place result.  But they too will need to watch out for drivers like Rick Vreijlinck and John Ermen from the Netherlands, and Shasa Lackner from Switzerland, who had another A-Final placing in Fiorano as he continues to break into the top group of 1/8 Scale racers.

But after two years away from this unique track, it certainly opens up possibilities for more drivers to book a place in the magic A-Final, and with 45-minute finals anything can be possible if you make it in!

Diekmann will try to double up in 2022

After Melvin Diekmann took his first ever ENS win in Fiorano, the German driver will be hoping to make it two-from-two and add Ettlingen to his win list quickly!  But as always, we can expect Jilles Groskamp to be up for the challenge and take revenge from Italy.  Also Teemu Leino will be one to watch here – he has won at Ettlingen before and is getting back into the ENS groove after a couple of years away.  But we will also need to look out for Dirk Wischnewski – also a winner in the ENS at Ettlingen in the past, and making his entry for the German event.

It’s great to also see some drivers back in the ENS again in Germany – most obvious names are Patrick Fankhauser, who had to skip Fiorano after the birth of his first child (big congratulations to him and his wife Sue from all the ENS team!), and also Christoph Rohrmoser, who made his first ENS A Final last year and wants to add to that list!

Arie Manten will be looking for a change in luck in Ettlingen in the Masters class.  He was probably the fastest in the A Final in Italy, but had some small issues, and then failed post-race tech, so wants to get some big scores on the board.  But on the entry list we also see another ENS Masters Champion, Michael Salven, who for sure will be competitive in Germany.

We cannot forget the great win from Jurg Nydegger, so let’s hope he stays in the mix for Ettlingen, and as always we see close results with many chances for a lot of people to score a top result!

So let’s see how it all works in Germany, as we have another strong entry with over 80 drivers entered and everyone hoping for a great weekend (as well as a great result too!).  You can get updates through the weekend on our homepage, on Facebook, or all the results on MyRCM.