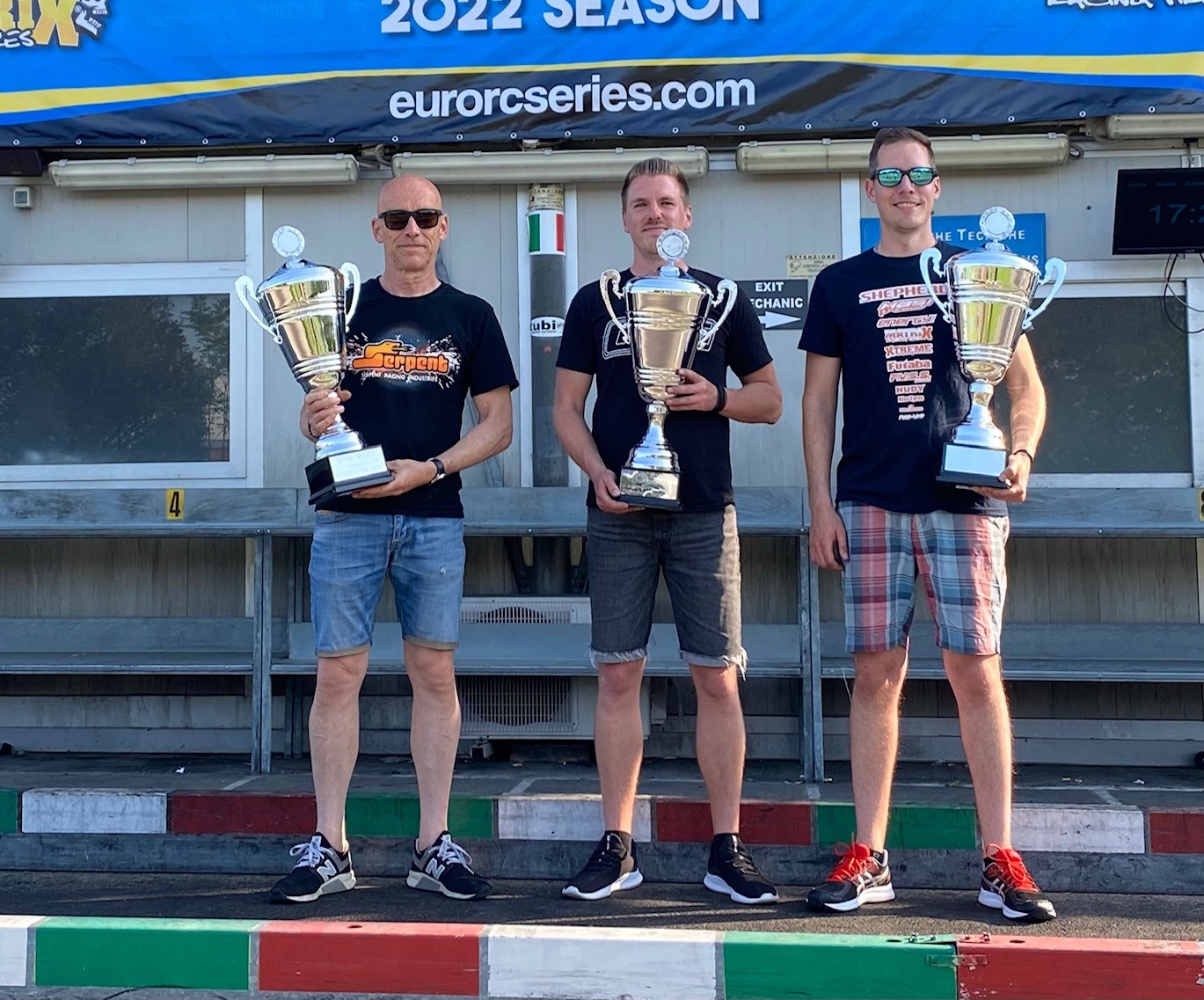 With the last two seasons of ENS being significantly disrupted by the Coronavirus restrictions in place throughout Europe, in Fiorano we finally had the chance to award some of the Champions from that period.

The 2020 series ended up consisting of two events, Aigen in Austria and Apeldoorn in the Netherlands.  The series was originally set to conclude in Fiorano later in the year, but with changing restrictions just a few weeks before the event, the organisers decided it was not possible to hold a race within the rules that would still be able to deliver the real feeling of an ENS event.  That meant that scores from Austria and the Netherlands were added together, to give our overall champions.

Then, the 2021 season finally got underway in Austria once again, and despite attempts to add additional races in Germany, the Netherlands again, as well as Fiorano, the continuing rule changes meant no further events could be scheduled.  Therefore, the 2021 season consisted of just a single race, with the drivers already being awarded at the track in Aigen.

This all meant that the 2020 series trophies, which had been ordered directly to Fiorano, had sat awaiting their recipients for nearly 20 months!

In the 1/8 Scale class, it was a ‘perfect season’ for Kurzbuch in terms of wins, mimicking his 2016 championship when the Swiss driver won every event held.  But in 2020, Kuzbuch added to the victory at every event with a TQ at both races too, keeping his Shepherd firmly in charge at the ENS.  If we look back at the results, it would be fellow Swiss driver Silvio Hachler who would be second for ARC across the two events, with Infinity pilot Rick Vreijlinck taking third after scoring his first ENS podium in his native Netherlands.

As the driver who tops the statistics for both TQs and Wins in the ENS’s 1/10 Scale class, it’s remarkable that Germany’s Dominic Greiner had never completed the job to take the overall title.  It is fair to say the driver suffered more than his share of bad luck during his many successful years in the ENS, with him seemingly either winning events, or encountering problems in the Final (whilst usually close to the front!).  Therefore, it is fitting that in his final year focusing on 1/10 scale, the Capricorn driver took the title.  Dutch driver Jilles Groskamp took TQ at the first event, and finished runner-up to Greiner in both A Finals to net second in the points, with Thilo Diekmann coming out third after a three-way tie on points with Dirk Wischnewski and Milan Holthuis.

Serpent designer Michael Salven secured the title in the +40 Masters class, with a victory in Aigen and runner-up finish in Apeldoorn. One of the sports most famous names and with such a long history in 1/8 Scale nitro racing, all the pits were pleased to see Salven lift the trophy. But of course, the ‘old guys’ will be out to wrestle the trophy off him in the 2022 season!

We all hope that the restrictions and difficulties of the past two years are behind us, and we all focus now on returning to a full, four-round series for 2022, and awarding our championships at the end of August in the Netherlands!