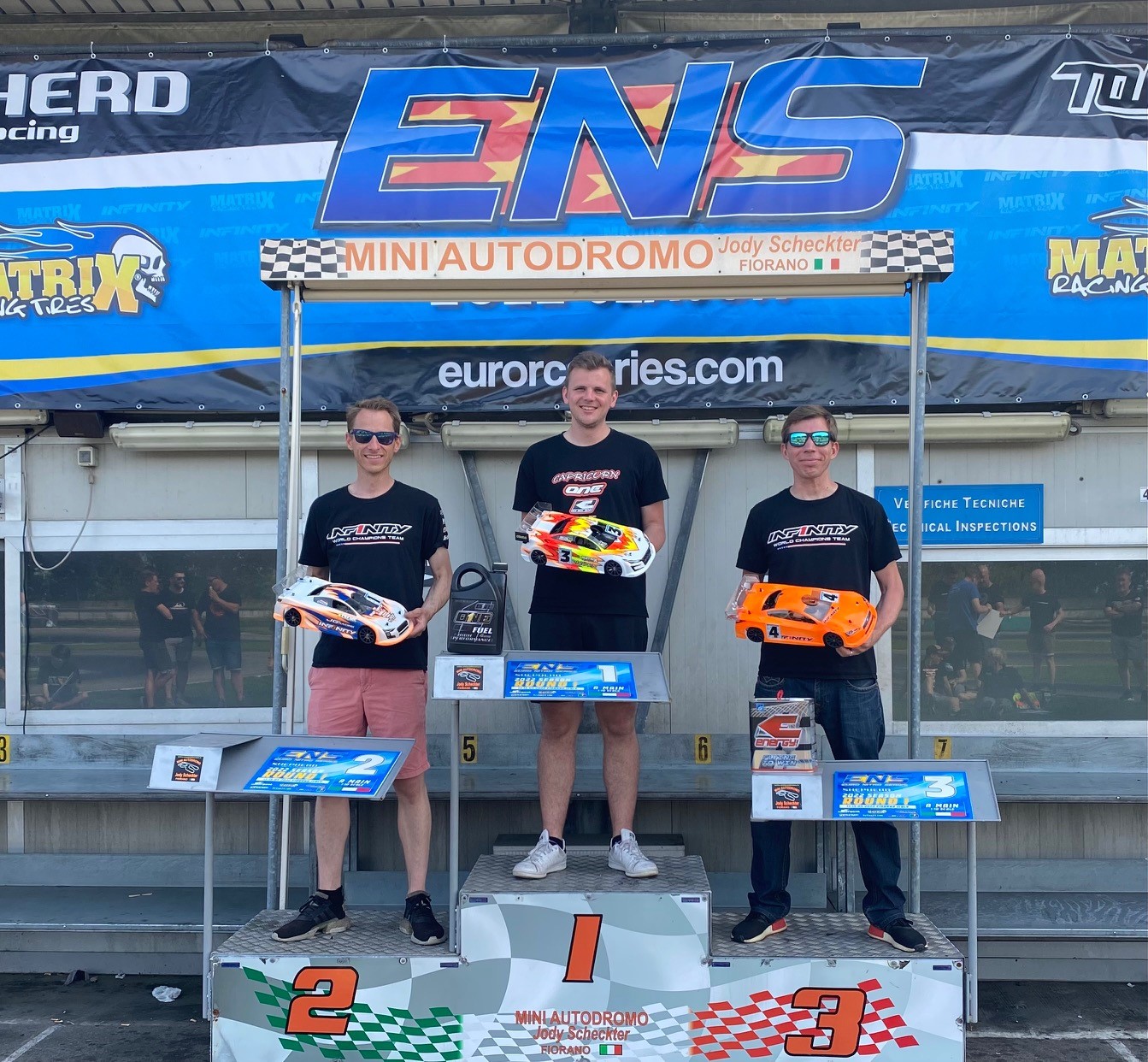 With Melvin Diemann’s popular victory in Fiorano, he joins a very exclusive club consisting of just 10 members – winners of a 1/10 Scale A Final at the ENS.  Let’s take a look at those 10 drivers, and also who might be missing from the list!

Greiner still with the most wins

Two drivers have four victories – Eric Dankel, whose wins all came in 2017 and earlier, including the very first ENS event in the ‘Pilot Series’ (Hockenheim, 2013), whilst Groskamp took the win at the second event of the ‘Pilot Series’ (Stohr-Ring, 2013), before winning twice in 2018, at Rucphen and Aigen, before his most recent victory back at Aigen in 2021.

So, who might be missing from that list of winners?  Well, if we take a look at the drivers with other strong statistics, the most obvious names yet to win an ENS are Francesco Tironi (1x TQ, 3x Podiums), Leo Arnold (also with 1x TQ, 3x Podiums), and Thilo Diekmann (4x Podiums).  But not so high on the stats list but with plenty of eyes on them at recent ENS events are Milan Holthuis and Quentin Leroux.

The Dutch driver might only have one ENS podium currently to his name and the Frenchman yet to step onto the podium, but as strong supporters of the series, it may well be one of these who we next add to the exclusive club of winners – and who knows, the future of the class might become Diekmann vs Holthuis vs Leroux.  But don’t expect the experienced drivers such as Groskamp and Leino to let their younger challengers take over without a serious fight!