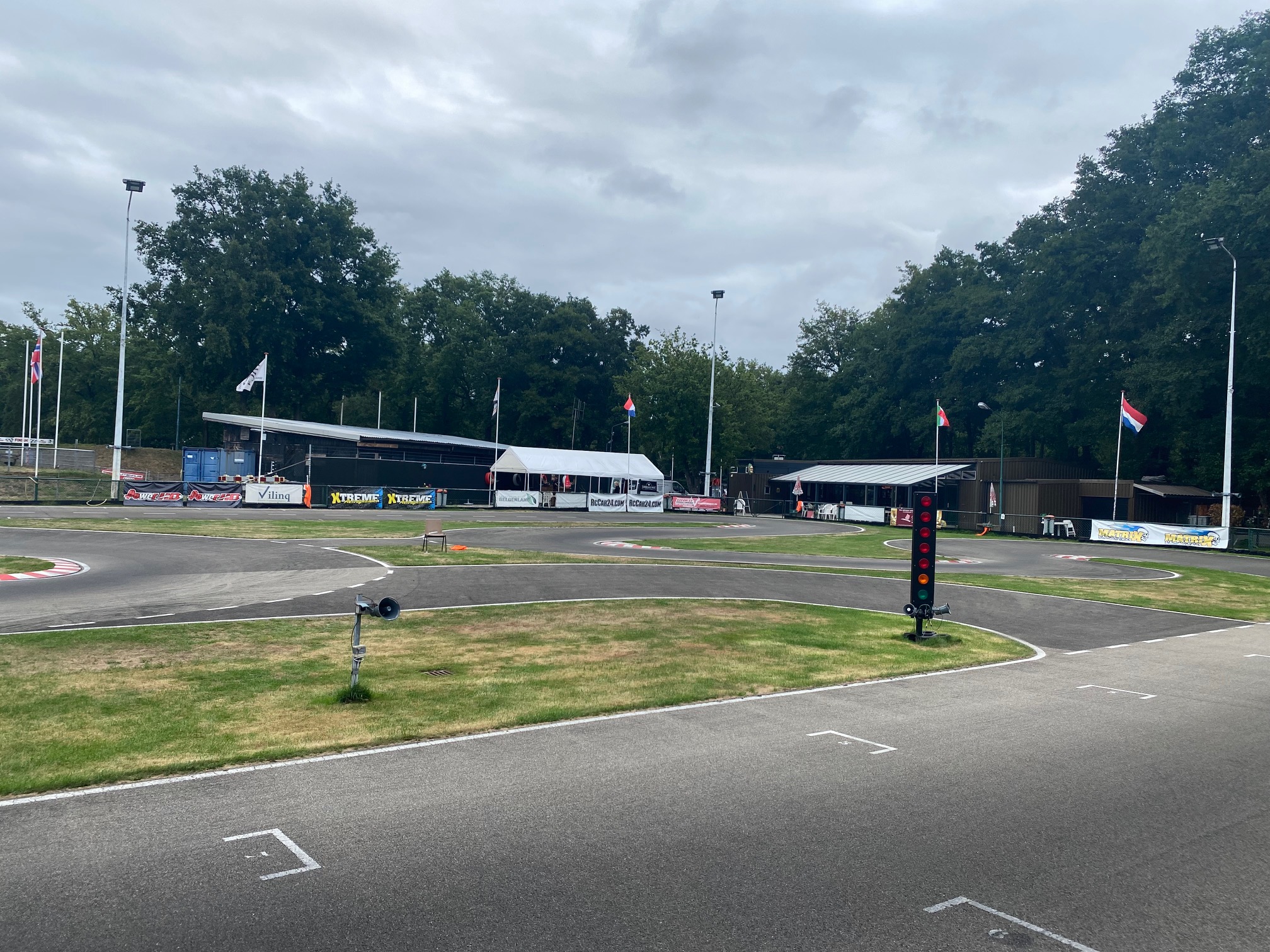 The Timed practice rounds took place on Friday afternoon, where each driver’s best three consecutive laps would be used to set the Qualifying groups.  After a full day of free practice on Thursday, everyone was ready to show how fast they can be once the ‘official’ timing is underway.

Kurzbuch narrowly ahead of Gruber

Simon Kurzbuch led a Shepherd 1-2 in the Timed Practice rounds, beating out team-mate Gruber by just three-hundredths of a second.  Kurzbuch, who is trying to seal yet another ENS title this weekend, told us after practice:

I didn’t have a great time at the EFRA championship in Valencia, so it’s really good to be straight back on top here this week.  I want to do all I can to put get the title again this year, so it’s a really great start for me and my team.  Qualifying will be close, but we are ready now!

With the overall ENS championship already in the bag, some people expected Jilles Groskamp to perhaps take it easy at the final round.  But the Dutch Infinity driver continued to show why he is the Champion of the season by setting the fastest three-lap time in the Timed Practice rounds.  Groskamp was happy to lead Friday at the ENS race in his home country, admitting to us afterwards:

Of course I know the track well here.  But still I am really happy with the pace we have so far.  I am using the new shocks, shock towers and springs on the car this week and really pleased how well they are working on the track.  It’s a bit lower grip than we are used to here and the line feels very narrow, so staying on the right line will be important in qualifying.

Behind Groskamp, his Dutch Infinity team-mate Milan Holthuis was second, giving him a boost as he seeks to solidify an overall championship podium, ahead of the man who looks set to be the runner-up in the final points standing, Melvin Diekmann (Germany/Capricorn).  Fourth was an impressive looking Basile Concialdi, making his first ENS start of the season, with Dirk Wischnewski taking fifth after making a mid-season switch to Capricorn.

Belgian driver Peter Thys was fastest in the Timed Practice for the +40 Masters class, setting the pace in the second round to secure the number one sticker on his car.  Dutch driver Julius Kolff was second overall, less than a tenth of a second behind, with former ENS event winner John Lenaers taking third.  Felix Heyse, better known as the pitman of Teemu Leino, proved he might be as quick behind the controls as he is with the fueling gun as he took fourth, with Michael Salven rounding out the top five.